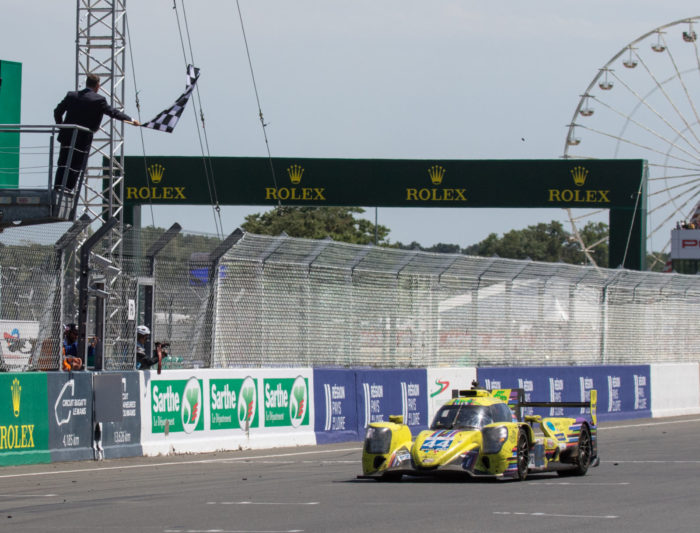 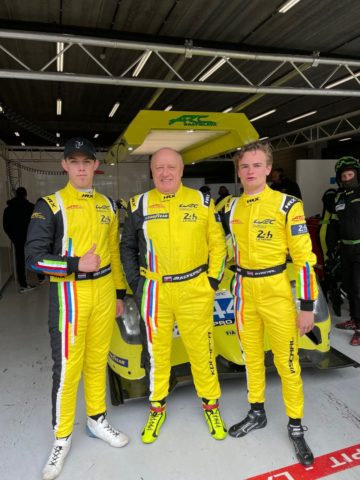 The race went great for the experienced Slovak squad on the 13.6 km circuit La Sarthe. In the night we were with a comfortable two-lap lead in the LMP2 Pro/Am class. At 6:15 a.m., Miro Konôpka got back into the car on his second stint, but mechanics discovered a leak of gear oil and had to push the car into the boxes. The pebble pierced the safety net on the gearbox oil cooler and the leak was so massive over time that it would cause critical damage to the gearbox. The mechanics of the ARC Bratislava team showed will and skill when they managed to repair the fault in less than 14 minutes. But the two-lap lead dissapeared and ARC Bratislava fell back 2 laps behind the Pro/Am the category leader.

“We had almost perfect race, a great drivers who made no mistake, we had no crash or got off the track, but yet we did not get to the podium," said disappointed Miro Konôpka, who˙s got sixth Le Mans under his tally. "Last year we struggled and ended up in sixth place as well, but this year we led comfortably all night and in the morning it was spoiled by the little stone that stopped us for a quarter of an hour. And in this fierce competition of the best teams and riders in the world, such a loss decides the whole race. We˙ve bad luck today. I have to thank to the whole team for their professional performance and also to all the fans who kept fingers crossed. This was probably our last start in Le Mans, so I hope we did not disappoint fans.”